So the Doctor WTF?! 5 pager is now done (barring a few FX lettering bits - thankfully the writer has saved me the job of trying to spell out the noise a Tardis makes) and next up will be a 4 pager for FutureQuake.

Alas with all these things I can't post anything of them until they're physically on sale. So here's a warm up sketch I did yesterday, just to keep things ticking over. 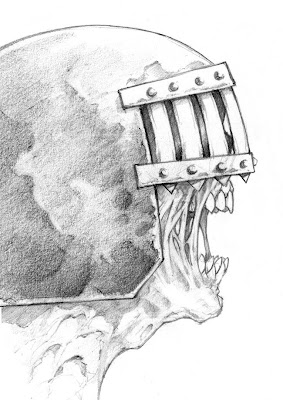 Sorry for neglecting the blog. I've been busy as a bee, working on various small press projects that'll be winging their way to you over the next few months. Stay tuned for updates and all that business.

The tail-end of 2010 saw some really nice feedback from some rather senior types in the comics business, to which I am eternally grateful.

With that, here's a preview panel for a story in a brand new venture called "Doctor WTF?!" - a Small Press gem born from the mad, mad mind of Owen Watts and due on sale at this year's Bristol Comic Con. This tale - called Berlin - is written by J M Whiteley and is a particularly damn fine read, even if I do say so myself. 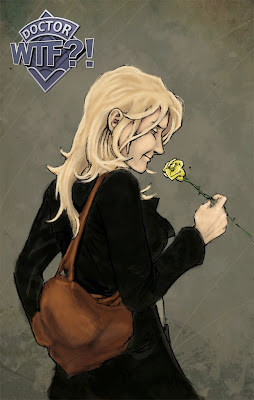 This has been a nice change of pace recently after drawing pages of robot bedlam. It'll be followed by some spiritual shenanigans, which in turn will precede some supernatural intrigue. Around which point there'll be a change of pace whilst I get to draw a lot of Victorian ships, and then something altogether Darker, nastier and more twisted than, ooh, something else...

Yeah, it is as fun as it sounds.

Onwards and upwards, Rodney.
Posted by Conor at 15:02 3 comments: