It's all go here. Many projects being juggled. All very exciting!

Today I took half an hour out and did this for the Weekly Themed Art Blog. Some very talented folks on there, and no mistake. Do pop in, peruse and say hello. 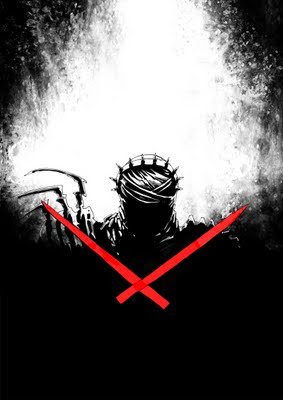 I'm off back to my grindstone to prepare stuff for Bristol, Thought Bubble and pretty much all points in between.

EDIT: Did this after posting. Thought I'd put it here rather than starting another post. Not that much has happened in the last hour... 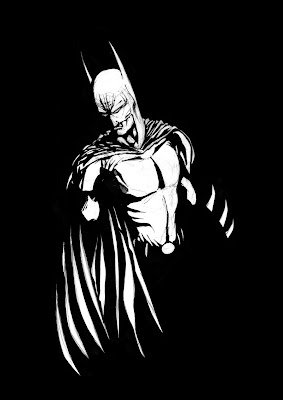 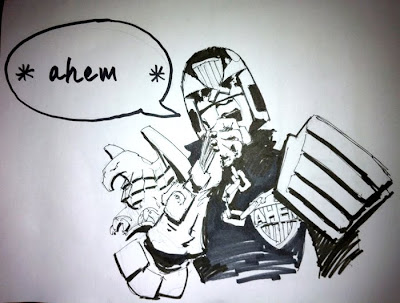 ...well, okay, that's not exactly the whole story, but you get the idea. Lots of other folk have posted their thoughts and experiences on Mr Millar's first Convention - and have put it far more eloquently than I ever could.

If you're after an all-encompassing version of the Con, then I would simply suggest you keep an eye on the Geek Syndicate twitter feed as rarely does something happen without their knowledge. They'll no doubt have the full breakdown in the next day or so. I know I'll be reading as I missed most of the important things...

I had a good day all told. Admittedly I missed the 2000AD panel (got there a touch too late) but got the highlights from Kev Levell shortly afterwards. My annoyance at missing the panel was more than offset by kind words on my artwork from pro artists and pro editors alike. Some very kind words have now been filed under "Did that just happen?" but I digress.

Days like this are great as markers to tell me where I need to be improving and if you're an aspiring artist, umming and aahing about taking your work to a convention, well.... Go! Don't sit there thinking "I'm not good enough/What if people laugh at me/I'm not quite ready" because quite frankly, you're never ready, there's always something that could be improved and aged 87, Michelangelo is quoted as saying "Ancora Imparo" (I am still learning)

Anyway, in celebration, I treated myself to a Dredd badge from the one man factory of awesome that is Termight Replicas. In the words of Special Agent Cooper; "I'm going to let you in on a little secret: every day, once a day, give yourself a present. Don't plan it; don't wait for it; just let it happen. It could be a new shirt in a men's store, a catnap in your office chair, or two cups of good, hot, black, coffee"

After wandering the hall for a few more hours, it was great to catch up with some friendly (and some friendly and new) faces afterwards at the inaugural *ahem* Pub Con, which was also a success. Sketches and banter abound. The magician that is Pete Wells was on hand to give me some great art pointers, and we also saw some absolutely stunning clips of the upcoming Judge Minty film. I implore you, if you don't know what it's about, check out the link. This is what can happen when people care about the films they make. Anyone involved in film, at whatever level, take note.

Anyway, upwards and onwards and next up is Bristol, in about a month. And if all goes to plan, I should have something rather Dark to show you before then.
Posted by Conor at 16:52 6 comments:

Well, not really, just what's moving and a shaking in the comics world. Kapow! this weekend in London and a chance to meet up with some all round good eggs. This time with added 'Marvel' as the chaps from across the pond come along for the ride.

Anyway, I'll be carrying a small bag of doodles around the editors/movers/shakers to get their tuppence-worth. All good fun. 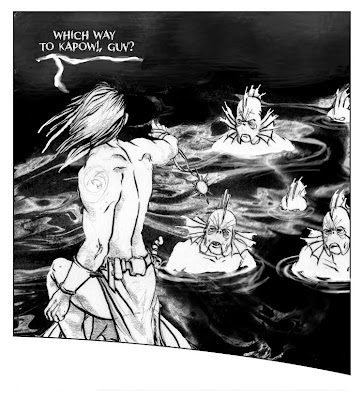